Is humour in health communication useful?

If you write online health content for the general public, should you consider upskilling in a bit of humour?

Humour in health communication isn’t widespread, but could it be a useful tool in public health?

There’s just something about writers who are effortlessly funny. Commanding our devices with their quick wit, satire and comic relief, humour writers lift our mood and make us lol, rofl and lmao.

Traditionally, humour has been used extensively in advertising to promote products – yet, in the medical industry, humour is often considered trivial or unprofessional.

As medical writers, we tend to be risk averse – we may be worried that using humour in health communication could devalue our work. Or, we might feel uncomfortable attempting jokes if we don’t think we’re funny.

You might find it difficult to assess your writing if you’re trying too hard to be hilarious.

Despite these hesitations, is there a place for humour in health communication?

There’s certainly a place – an expectation – to use humour if you write online content.

In today’s digital world, emojis, slang and memes are standard communication tools, and social media managers are expected to respond to customers with quips, retorts and wit.

So, if you write online health content for the general public, should you consider upskilling in a bit of humour writing?

The value of humour in health communication

While humour is effective in many industries, humour in health communication doesn’t necessarily result in effective behavioural change, according to some research.

Research from 2014, published in Health Communication, found that health professionals using humour in drug treatment institutions for young people may at times be problematic, even offensive.

The researcher, from Denmark, recommended that humour in this context be “handled with care.” 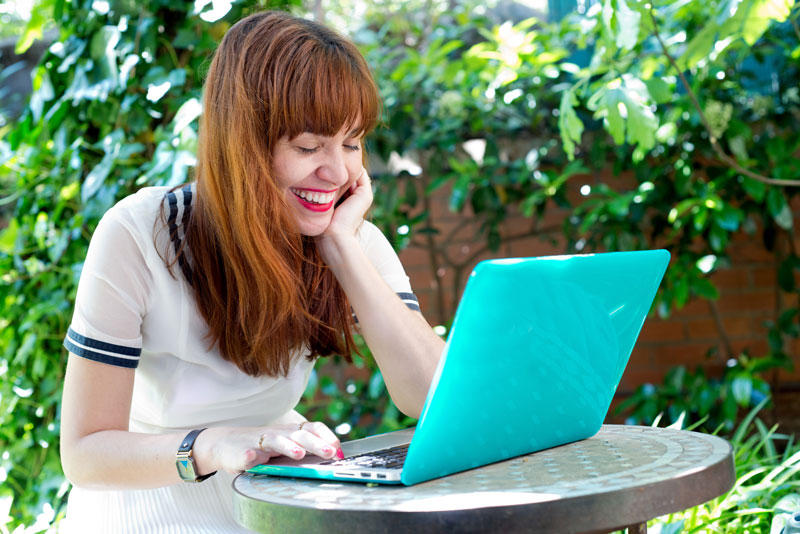 A Brazilian study from 2011 suggested that humorous television ads for over-the-counter pharmaceutical products didn’t help consumers to buy those products.

In fact, the study participants’ choices, attitudes and purchase intentions were reduced by the humorous television ads.

There have also been reports in the media that humour in a medical setting can backfire.

Despite these results, there is some research suggesting humour in health risk messaging may be helpful.

And, as a group of nursing researchers wrote back in 2008, “the value of humour resides, not in its capacity to alter physical reality, but in its capacity for affective or psychological change which enhances the humanity of an experience, for both care providers and recipients of care.”

Humour in health communication and the MMR vaccine

Earlier this year, researchers took a look at the effects of humorous and non-humorous messages about the importance of the measles, mumps, and rubella vaccine on parents’ vaccine hesitancy.

It will be interesting to see if this type of strategy helps to reduce covid-19 vaccine hesitancy.

In one Hong Kong study, the effects of four ‘humour-threat’ antismoking cartoon posters were evaluated in 183 12- to 15-year-olds.

However, the cartoons that were better liked, more humorous, and more frightening didn’t produce increased antismoking attitudes or behavioural intentions.

Earlier in 2018, researchers from The Netherlands showed a group of men and women funny and serious health messages stressing the negative consequences of binge drinking or caffeine consumption.

The people in the study were shown content that included a funny visual metaphor, a slapstick cartoon or a serious message.

The researchers found that the health risk messages were more persuasive when communicated with humour. Interestingly, though, humour in health communication played a different role for men and women.

Australian researchers conducted a preliminary study of 18 licenced drivers to determine the drivers’ thoughts about, and responses to, humour in road safety messages.

The researchers found that several key themes emerged. Humour needed to be clever, unexpected, and in contrast with the everyday. Overall, the people in the study showed interest in, and support for, using humour – but, the research team advised exercising caution when using humour to communicate about a serious health topic.

The researchers also noted that there was a ‘persuasive function’ of humorous messages.

While there’s still limited evidence regarding the persuasiveness of different types of humour in health communication, current research seems to suggest humour may be appropriate in some, but not all, contexts.

To determine whether you should try using humour, you’ll need to carefully consider your target audience, the objectives of the content or campaign, and other key contextual considerations.

And, if you do want to experiment with a little humour: is it possible to learn how to be funny? You can only try – and, the following articles are a great place to start:

Are you comfortable using humour in health communication? Let us know in the comments.