Vaccine hesitancy – how to communicate about vaccination

Had The Lancet not published their now retracted article, “Ileal-lymphoid-nodular hyperplasia, non-specific colitis, and pervasive developmental disorder in children” by Andrew Wakefield et al. in 1998, perhaps we wouldn’t be facing one of the most significant public health challenges of our time.

Had The Lancet not published their now-retracted article, “Ileal-lymphoid-nodular hyperplasia, non-specific colitis, and pervasive developmental disorder in children” by Andrew Wakefield et al. in 1998, perhaps we wouldn’t be facing one of the most significant public health challenges of our time.

Had they never written the words “Rubella virus is associated with autism and the combined measles, mumps, and rubella vaccine, (rather than the monovalent measles vaccine), has also been implicated”, perhaps we wouldn’t be witnessing the reemergence of diseases that were once eradicated.

If you’ve ever seen or participated in an online discussion about vaccination, you’ll appreciate just how difficult it is to change an anti-vaxxer’s mind.

Vaccination is a hot topic on social media – specifically, in online parenting groups where many mothers refer to the issue as a “debate” with two “equal sides”, dismissing the science and facts by arguing that people are entitled to their opinion.

Defensive mothers cite material with no evidence base to support their claim that the MMR vaccine is harmful and causes autism. 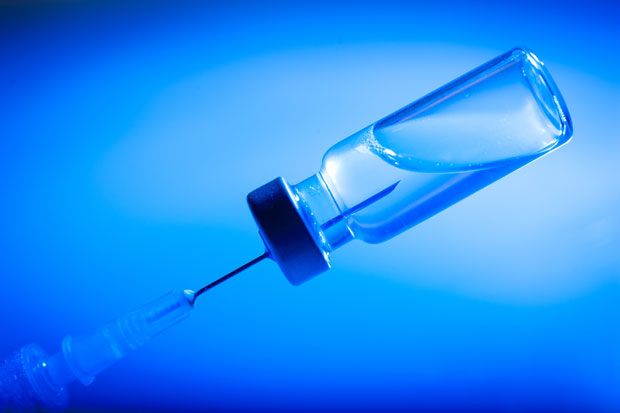 It’s our job, our obligation, to write high-quality content and correct misinformation.

As logical thinkers, we believe the best way to counter antivaccination voices is to offer up evidence and knowledge.

We wrongly assume people don’t want to vaccinate simply because they don’t know the facts.

All we need to do is bust the myths and debunk the pseudoscience, right?

The team wrote that “public health interventions to promote vaccination have been based on a ‘knowledgedeficit’ approach assuming that vaccine-hesitant individuals would change their mind if given the proper information.”

However, the authors argued, research on vaccine acceptance has shown a different result.

“Individual decisionmaking regarding vaccination is far more complex and may involve emotional, cultural, social, spiritual or political factors as much as cognitive factors,” they wrote.

Five years later, the issue of vaccine hesitancy remains as critical as ever and the same journal published another paper on the topic – this time looking at addressing barriers to vaccine acceptance.

“Overcoming hesitancy requires detection, diagnosis and tailored intervention as there is no simple strategy that can address all of the barriers to vaccine acceptance,” the authors wrote.

While Europe has a relatively high vaccine uptake, there are pockets of resistance and researchers argue we mustn’t become complacent.

And, with most parents getting their health information online, it’s critical we arm ourselves with best-practice techniques so that, when an opportunity arises, we can help to make a difference.

So, if knowledge, facts and evidence don’t help to address vaccine hesitancy, what does?

Here are some strategies that have shown success in positively changing people’s attitudes on vaccination.

Whether you’re writing a consumer article about vaccination or contributing to an online discussion, it’s important to understand the antivaccination mind-set.

Simply put, not all antivaxxers are the same.

Writing in The Conversation last year, Australian researchers argued that vaccine attitudes are not simply “pro” or “anti”.

Instead, they said, there’s a “spectrum” of vaccine hesitancy – one that parents move through, not necessarily sequentially.

Depending on where people are at on the spectrum, different information will resonate in different ways.

“Our research, and that of others, suggests parents’ confidence in the safety and need for vaccination is best described as a spectrum, ranging through unquestioning acceptance; cautious acceptance; hesitance; delaying or selective vaccinators; to those who decline all vaccines.

Within that group of decliners, only a handful are the noisy ‘anti-vaccination’ activists,” the authors wrote.

The team also pointed out that it’s the hesitant parents who are most likely to change their positions because they can be reassured.

Direct attention to the consequences of not vaccinating

Instead of writing about the reasons why vaccination is helpful, focus on the dangers of refusal – that’s one strategy that has proven to be effective, according to American researchers.

A research team from the University of Illinois found they could moderate anti-vaccination beliefs by reminding people of the harms that not vaccinating can have.

Fear can be a strong motivator for change, and that strategy has worked in other public health interventions – for example, cigarette label imagery.

“Communication is a two-way process,” wrote members of the SAGE Working Group on Vaccine Hesitancy in the journal Vaccine.

“It is in equal measure a process of listening and telling.”

“Understanding the perspectives of the people for whom immunisation services are intended, and their engagement with the issue, is as important as the information that experts want to communicate.”

This negativity only creates a further divide.

When you’re communicating with someone who is anti-vaccination, it is important to:

Other communication strategies that can help to change an anti-vax mind-set, according to a team of doctors writing for Medscape, are to:

A research team looking at misperceptions and corrections found that people who undertook a self-affirmation exercise were more likely to accept corrected information.

Further, in 2016, the WHO developed an evidence-based guideline, How to respond to vocal vaccine deniers in public.

In the guideline, WHO also recommend the following communication strategies:

Emotion is a powerful motivator, and it is personal stories, not facts, that engage readers. This fact is especially true when it comes to tackling vaccine hesitancy.

Once those stories become about multiple people, we lose interest.

As explained by Christopher Graves in Harvard Business Review, “It turns out human empathy does not scale well. We can care very deeply about one, single stranger, but that empathy wanes rapidly as the group of victims grows. Once it becomes a large number we cease caring.”.

Graves tells how celebrity anti-vax campaigner Jenny McCarthy used her personal experience with her child to sway audiences into believing her antivaccination story, playing the role of the identifiable victim.

Reading real-life stories from people who have changed their minds also helps to provide an insight into the anti-vaccination mind-set – and how it was successfully changed.

In many cases, these stories tell of people who came into the anti-vax movement via friends with similar parenting styles in other areas, suggesting the significance of peer support.

Clearly, we naturally gravitate towards people who have similar thoughts and values to our own.

One mother who shared her story on Australian website Kidspot confessed: “I no longer am an antivaxxer. You may wonder what changed my mind. I’ll tell you what didn’t first: being confronted with new evidence that opposed my views didn’t change my mind, and neither did the scorn and derision of people who disagreed with my choice, in real life or online.”

Instead, the mother argued, her mind-set shifted after reading posts from a pro-vaccination friend with similar parenting styles.

“Every interaction [my friend] had on the topic was friendly, non-confrontational and respectful, and yet she thoroughly explained her reasoning for vaccinating and gently challenged any misconceptions she saw in vaccine opponent’s arguments,” the author wrote.

“And so I read articles she posted, and followed her links to accurate information from reputable sources.”

The final word on vaccine hesitancy

While correcting misinformation is an important step in the journey towards addressing vaccine hesitancy, it cannot be the only way forward.

Science seems to demonstrate that a multi-faceted, individualised and contextualised approach is the best way to make an impact against the anti-vaccination movement.

With most parents getting their health information online, it’s critical you assess your writing to arm yourself with best-practice techniques so that, when an opportunity arises, you can help to make a difference.

About the MMR vaccine controversy

In 1998, The Lancet published a study linking the combined measles, mumps, and rubella (MMR) vaccine to colitis and autism spectrum disorders.1

Authored by a group led by Andrew Wakefield, the study received significant media attention and vaccination results began to drop as frightened parents refused to vaccinate their children.

Further research failed to replicate the findings,Wakefield was investigated for professional misconduct and subsequently banned from practicing medicine, and The Lancet formally retracted the paper in 2010, arguing that the science was flawed.

Yet the damage was well and truly done: The paper has become a significant tool used by the anti-vaccination movement to convince hesitant parents not to vaccinate their children, and Wakefield’s study continues to have a considerable impact on public health.

This article was originally published in the March 2018 edition of Medical Writing and is republished with permission. 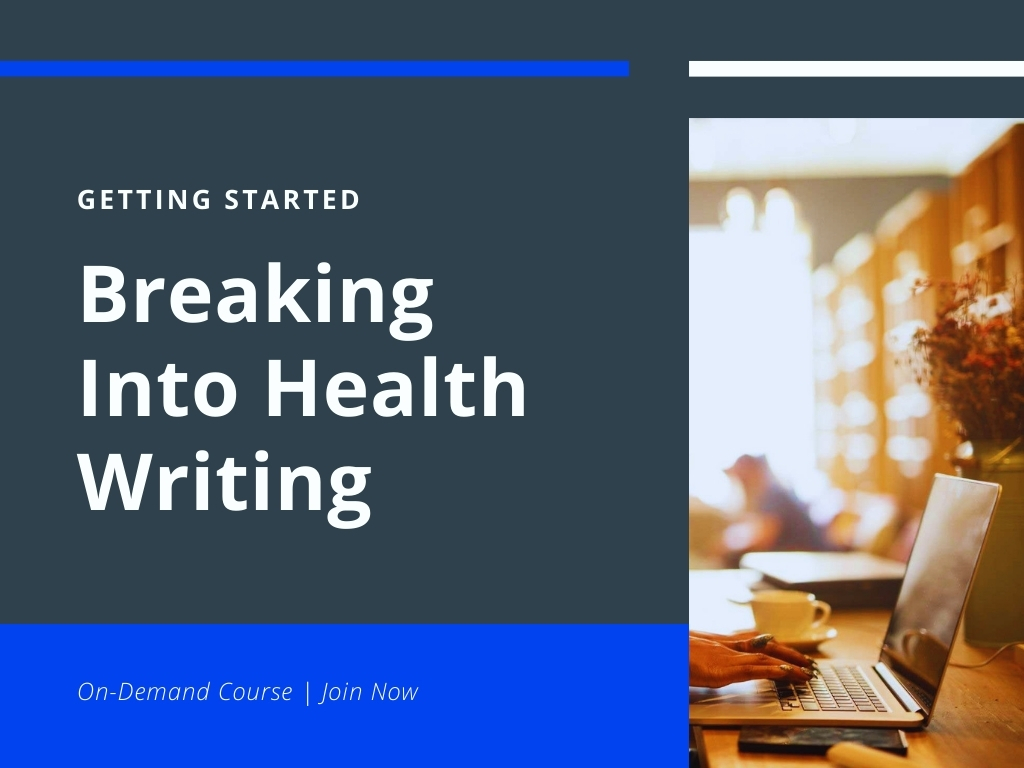 Explore a career in medical writing